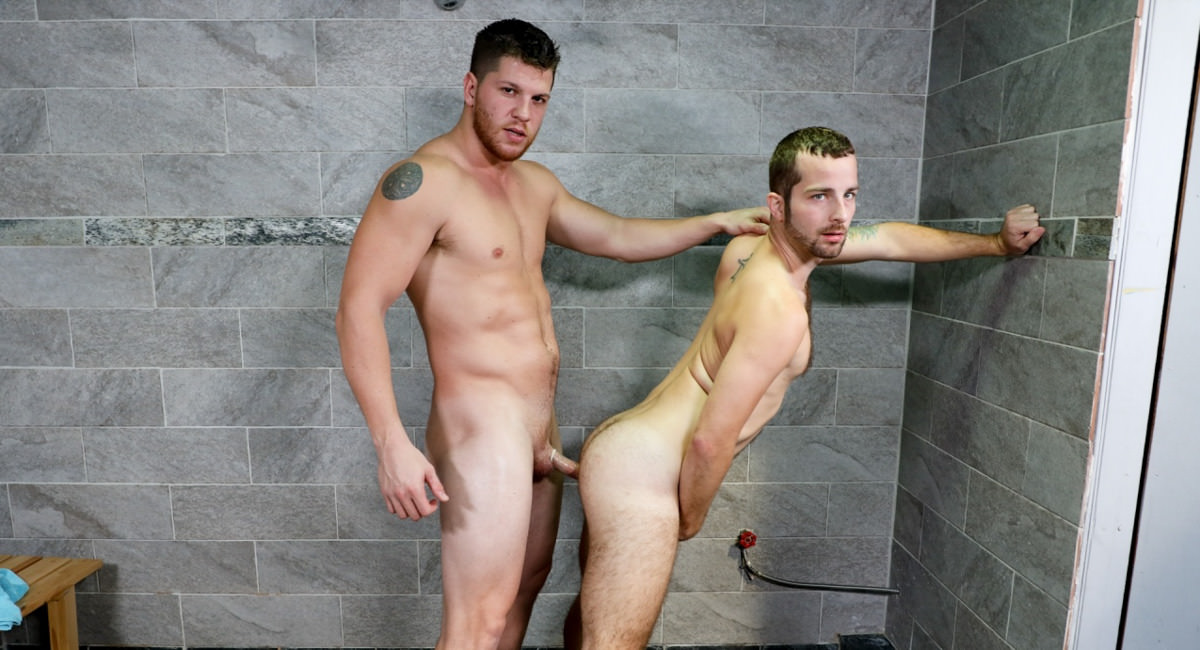 Ashton McKay has come into the shower after his workout and is alone cleaning himself when Jay Donahue arrives and asks if he can join him. Once in the shower, Jay asks if he can borrow some soap because he forgot his. Ashton obliges and then Jay offers to wash Ashton’s back. He agrees and we can see that Jay is excited about it as his cock is rock hard. Ashton turns around and sees this and starts stroking Jay’s cock. Jay does the same and then starts sucking Ashton and get’s his cock hard too. Ashton then sucks Jay for a while before turning him around and rimming his ass. He fucks Jay up against the wall of the shower to start and then they move to the floor where Ashton fucks Jay on his side and then on his back until Jay shoots his load all over himself. Ashton pulls out and shoots on Jay.