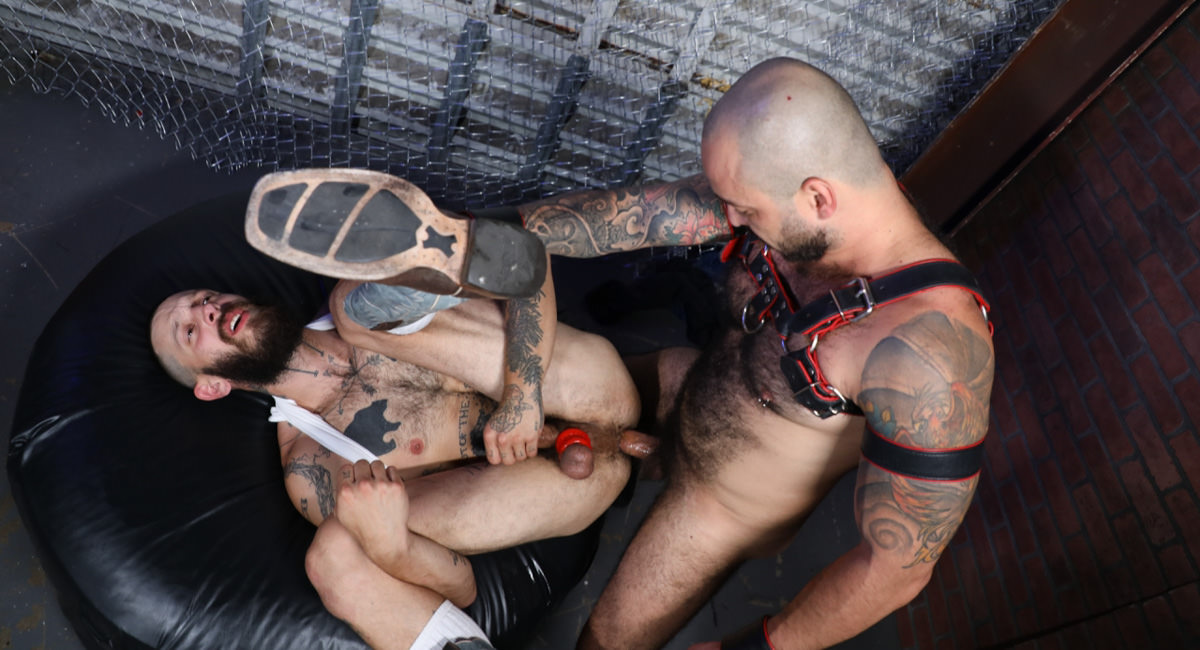 The scene opens with both guys in the playroom and Matt Muck tells Julian Torres he has a ball stretcher and wants him to see it. Julian tells him to show him and together they put it on Matt’s balls. Once on, Julian drops to his knees and starts sucking Matt’s cock. Matt hen sucks Julian’s cock and then he rims Julian’s ass. Matt the fucks Julian from behind doggy style. Julian then rims Matt’s hairy hole and then fucks him on his back until both shoot their creamy loads.